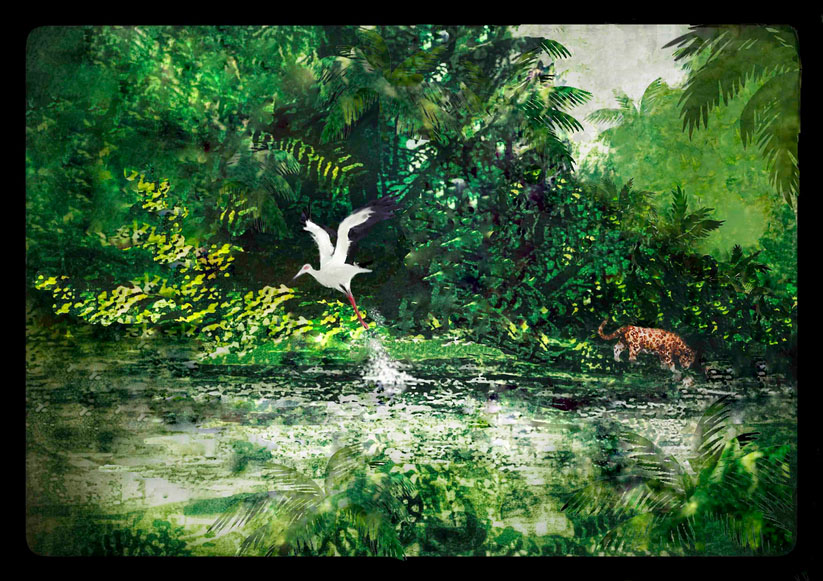 ‘In striking contrast to these dark, rolling forests, is the vivid, light green and cheerful foliage of the woods on the numerous islets which rest like water-gardens on the surface of the lake. Flocks of ducks, storks, and snow-white herons inhabit these islets….’ Walter Henry Bates

“After walking about half a mile we came upon a dry watercourse, where we observed, first, the old foot-marks of a tapir, and soon after, on the margins of a curious circular hole full of muddy water, the fresh tracks of a jaguar….A few steps further on we saw the mangled remains of an alligator. The head, forequarters, and bony shell were the only parts which remained; but the meat was quite fresh, and there were many footmarks of the jaguar around the carcass- so that there was no doubt this had formed the solid part of the animals breakfast,’ Walter Henry Bates