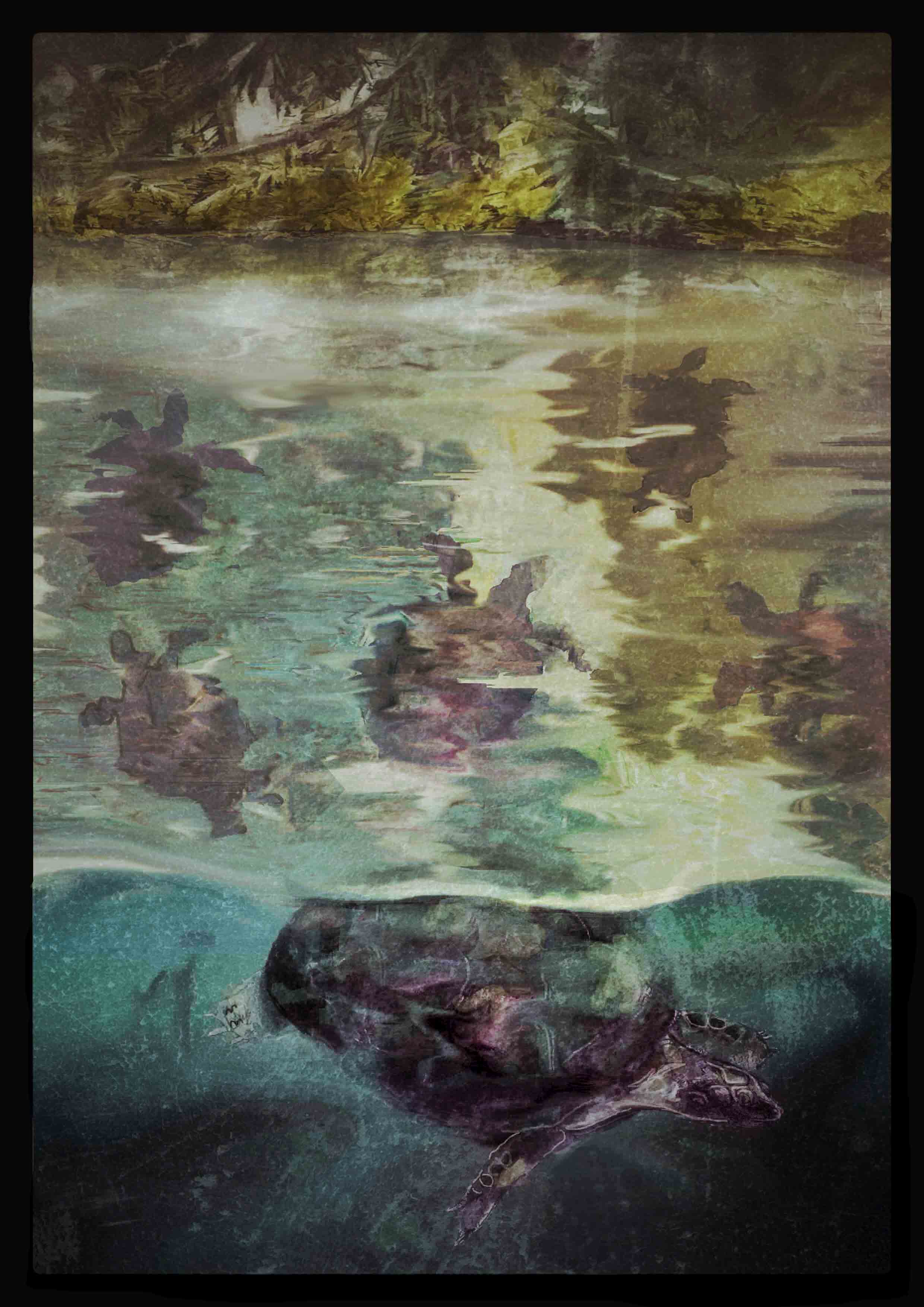 In the Heart of the Amazon Forest- Henry Walter Bates

These five illustrations were inspired by the travel diaries of the English naturalist and explorer Henry Walter Bates. Bates traveled to the Tefe region of the Amazon in 1842 with Alfred Russell Wallace. Wallace returned after four years but Bates was to remain for 11 years exploring the region, studying the fauna and flora and amassing a collection of 11000 specimens over 8,000 of which were new to science and included. shells, plants, birds and over 100 new species of butterflies and beetles, which returned with him to England in 1852. A large part of his collection is now housed at the Natural History Museum in Kensington, London.

On his return, Henry Bates wrote up his journals and diaries and published them as “The Naturalist on the River Amazon” and which is published now as ‘In the Heart of the Amazon Forest.’ In his book, he recalls his encounters with alligators and turtles, monkeys and birds, beetles & bats, ants, and butterflies. He describes and records in detail their appearances, characteristics, and habits and, being also an accomplished artist, Bates filled  his journals with delightful watercolor illustrations of the creatures that he studied

Alongside the rich wildlife of the forest, the recalls his relationship with the indigenous Amazonian native peoples without whose help Bates could not have gone about his work. He learned their languages and observed their customs. He hires them to gather specimens for his collections and accompanies them on fishing trips along the river and its tributaries. He describes in graphic detail the annual turtle egg collecting event- a great occasion amongst the local tribes. He hunts birds and monkeys using their poisonous blowpipes and records encounters with man-eating alligators. On one memorable occasion, he recounts a contact with the Jauaripixuana, the Native name for the black Jaguar which caused much excitement among the hunting party he was with.

Turtles, jaguars, toucans, leaf cutter ants, storks, vampire and fruit-eating bats; all creatures which he describes in precise detail in his book and which I have chosen to populate these five illustrations. I hope to do more. The scientific writings of Henry Walter Bates and in particular his discovery of mimicry in insects (where harmless species imitate the appearance of more aggressive or poisonous species in order to improve their survival chances- now known as Batesian Mimicry) went on to help inform the then-new Theory of Evolution and he is considered as belonging amongst the most important and influential of 19th century’s biologists.