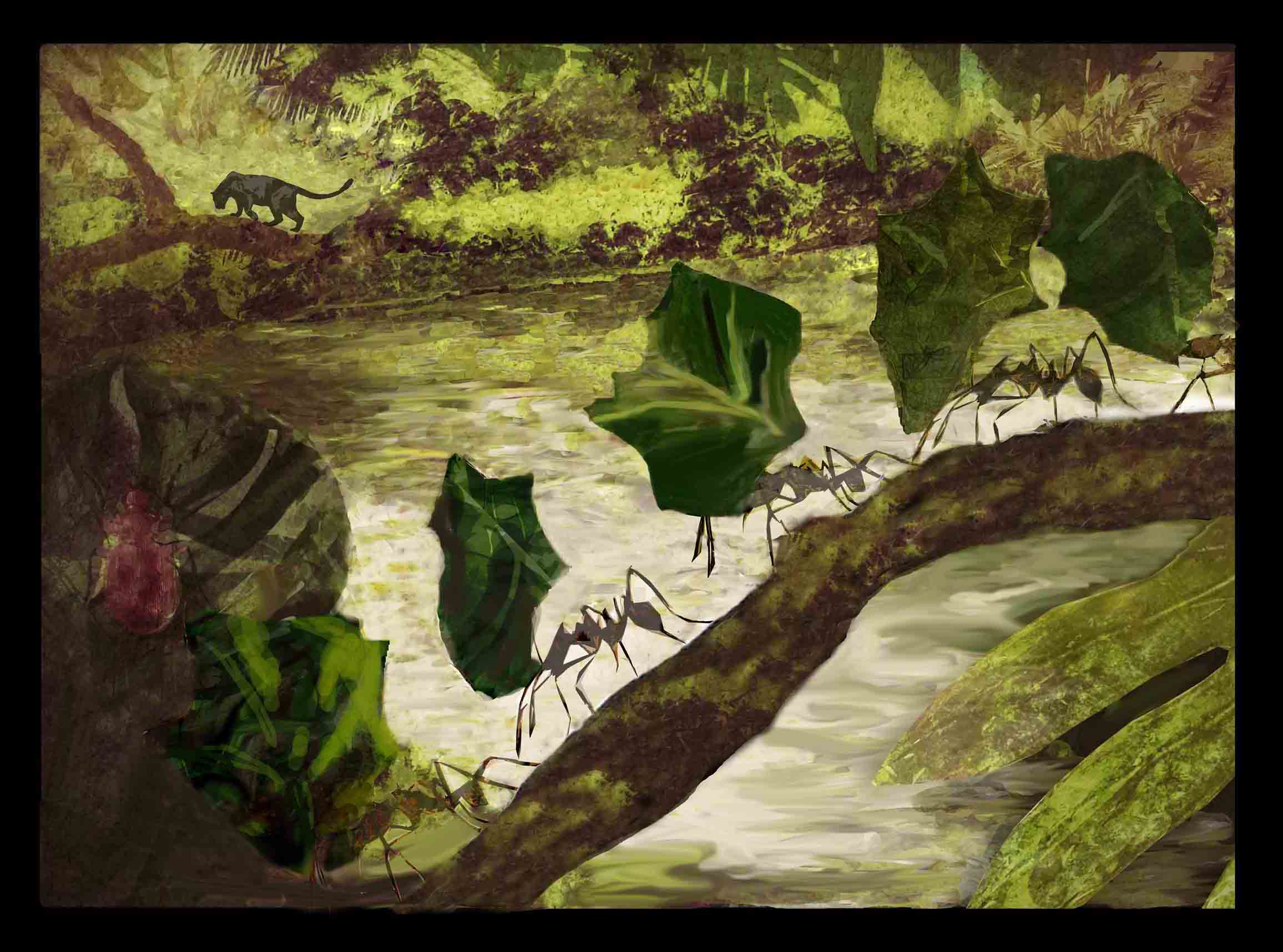 Leafcutter ants and A black Jaguar.

Next to humans, leafcutter ants form the largest and most complex animal societies on Earth.

‘This habit of the Sauba ant, of clipping and carrying away immense quantities of leaves, has long been recorded in books on natural history. When employed on this work, their processions look like a multitude of animated leaves on the march. In some places I found an accumulation of such leaves, all circular pieces, about the size of a sixpence, lying on the pathway, unattended by ants, and at some distance from any colony. Such heaps are always found to be removed when the place is revisited the next day.

In course of time I had plenty of opportunities of seeing them at work. They mount the tree in multitudes, the individuals being all worker-minors. Each one places itself on the surface of a leaf, and cuts, with its sharp scissor-like jaws, a nearly semi-circular incision on the upper side; it then takes the edge between its jaws, and by a sharp jerk detaches the piece. Sometimes they let the leaf drop to the ground, where little heap accumulates, until carried off by another relay of workers; but, generally, each marches off with the piece it has operated upon, and as all take the same road to their colony, the path they follow becomes in a short time smooth and bare, looking like the impression of a cartwheel through the herbage.’ Henry Walter Bates

‘Ecui Jauarete;Jauaripixuna!’ (Behold the Jaguar, the black Jaguar!) Looking ahead we saw the animal quietly drinking at the waters edge.” Henry Walter Bates