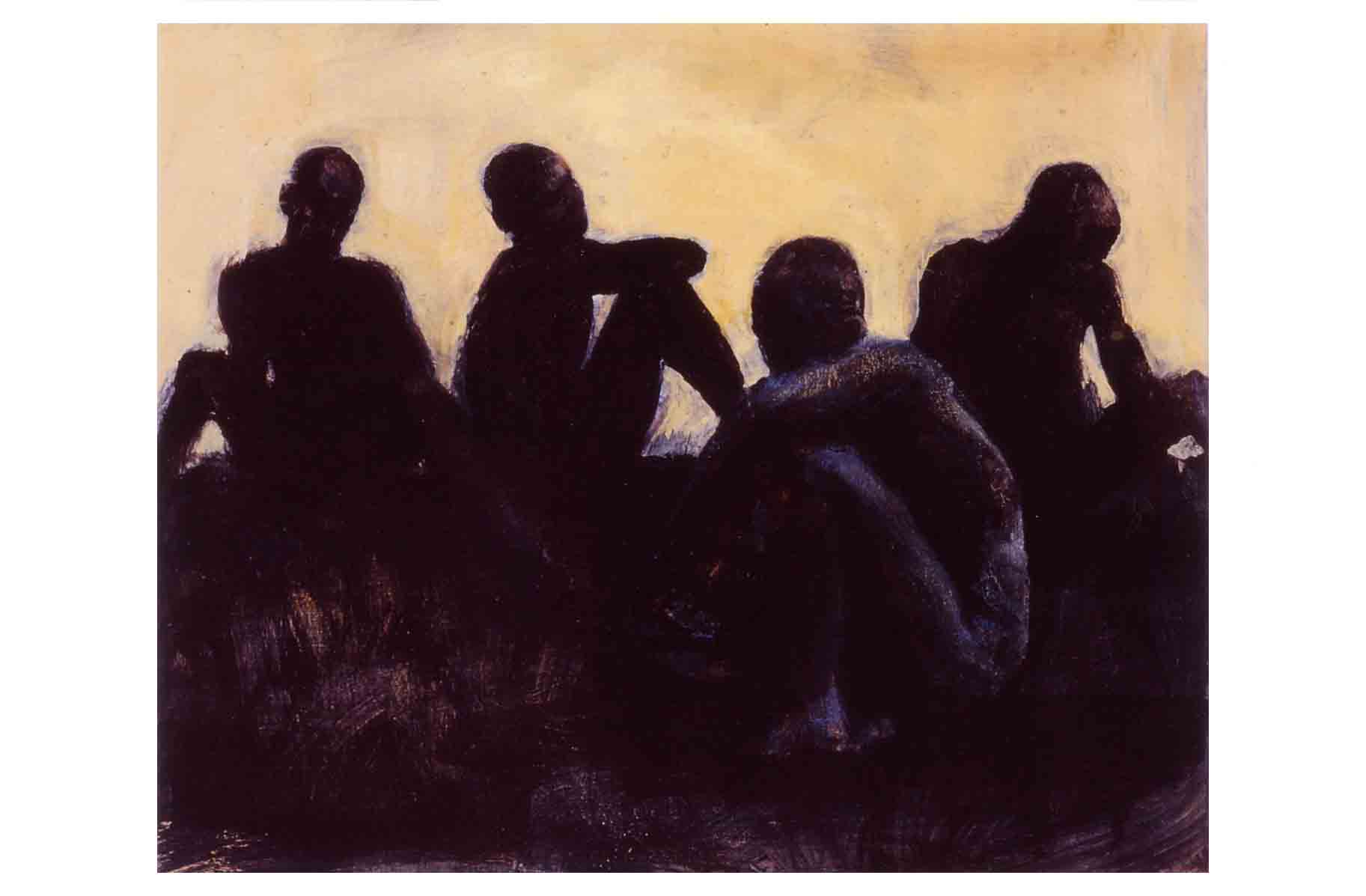 “They were dying slowly–it was very clear. They were not enemies, they were not criminals, they were nothing earthly now,–nothing but black shadows of disease and starvation, lying confusedly in the greenish gloom. Brought from all the recesses of the coast in all the legality of time contracts, lost in uncongenial surroundings, fed on unfamiliar food, they sickened, became inefficient, and were then allowed to crawl away and rest. These moribund shapes were free as air and nearly as thin. I began to distinguish the gleam of eyes under the trees…..

“Near the same tree, two more bundles of acute angles sat with their legs drawn up. One, with his chin propped on his knees, stared at nothing, in an intolerable and appalling manner: his brother phantom rested its forehead, as if overcome with a great weariness; and all about others were scattered in every pose of contorted collapse, as in some picture of a massacre or a pestilence. While I stood horror-struck, one of these creatures rose to his hands and knees, and went off on all-fours towards the river to drink. He lapped out of his hand, then sat up in the sunlight, crossing his shins in front of him, and after a time let his woolly head fall on his breast-bone.