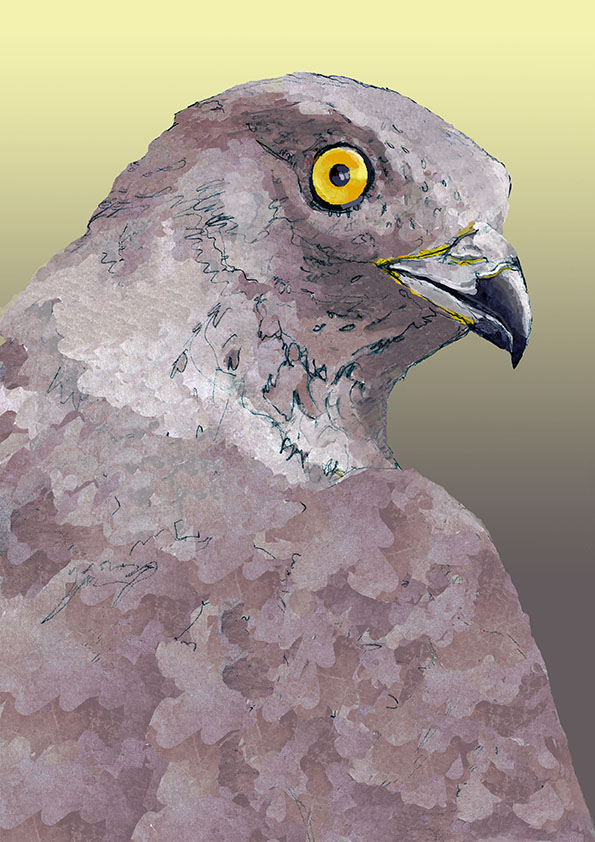 Despite its name it is not the honey the Honey Buzzard is after it’s the bees themselves for this bird of prey loves all things Hymenoptera that is to say, bees, bumble bees, wasps and hornets. It will follow these flying insects in the air until they reach their nest and, once there, the Honey Buzzard will dig out the nest with its powerful and specially adapted feet and claws. In the process it will consume any adult insects, larvae, pupae and even parts of the nest itself, as it excavates; but not, alas, the honey.

The term Honey Buzzard is a misnomer in more than wrongly suggesting its diet, it is also more closely related to Kites than Buzzards. Its head is small compared to the rest of the body and has been described as being almost Pigeon or Cuckoo like in appearance. Its love of insects does not prevent it, however, from also dining out on birds, small mammals, reptiles, others birds eggs and even fruit & berries. The head is covered in small tightly layered feathers scale like in appearance and quality and its posses slits for nostrils all adaptations to help to reduce the amount of stings from the insects it preys upon and in the case of the nostrils to also prevent blockage while digging. It is also thought that their feathers have a chemical deterrent also to protect them from further stings.

The Honey Buzzard is a migrant summer visitor to Britain after wintering in Africa and can be seen in areas of East Anglia the West country Scotland and Northumbria. They are not numerous in number with around 33-70 breeding pairs in total.