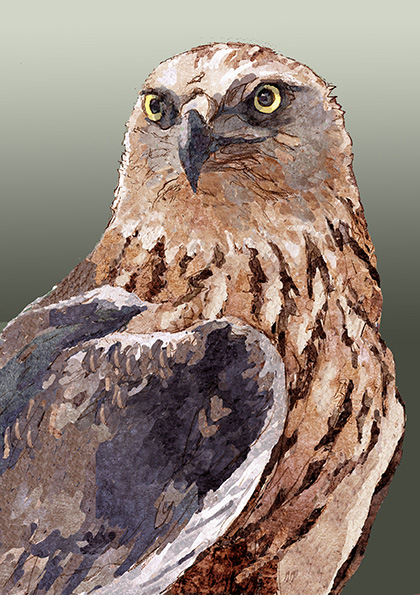 A bird that is, to my mind, symbolic of East Anglia for, as it names suggests, this is a bird of marsh – of fen, estuary, swamps and wetlands in general. Once very rare, (in the UK a single breeding pair was all that remained in 1971), today there are over 400 pairs now present in Britain. The increase has been put down to having legally enforced protection, a curb on the use of pesticides and environmental restoration in particular their favoured reed beds characteristic of the fens. Population recovery has now meant that they have begun to move out from their tradtional strongholds here in the east into other suitable environments around the country. It is a migrant bird in the main with birds wintering in sub Saharan Africa however the Uk has a number resident birds all year round.

Where most birds of prey are monogomous, generally mating for life. The male Marsh Harrier (like the other Harrier species) likes to play the field (or fen) often matting with two females and raising two families, sometimes three, simultaneously. The male having to supply food for several families at the same time. That’s multi-tasking!

They are the largest of the three Harrier species in the Uk with the largest and broadest wings. They are superb flyers and are particulary good at slow flying remaining airbourne at speeds of less that 20mph. Such low speeds allow for a greater degree of stealth when hunting. They are fond of frogs which make up a large component of the marsh harrier’s diet, but they will also take small mammals, reptiles, insects, eggs and nestlings.

Like many birds of prey, during the spring, thay perfom elaborate aerial courtship dances . At Fowlmere, here in Cambridgeshire, I have witnessed the male bird, eager to impress, flying in circles at a great height then falling close to the ground, performing an elaborate sequences of tumbles as he descends. The female may deign to join him and, if so, the pair lock talons and tumble through the air together. I am also very fortunate to be able to watch them in an area of fen close to where I live. They are simply majestic in the air, and it is a pleasure watching them tacking the winds with consummate ease, coursing over the reed beds. One New Years Eve, some time ago, I had a memorble experiance of watching a pair of Marsh Harriers late on a very cold day, high over the reed beds, presenting their silhouettes against the old year’s setting sun. Perfect!