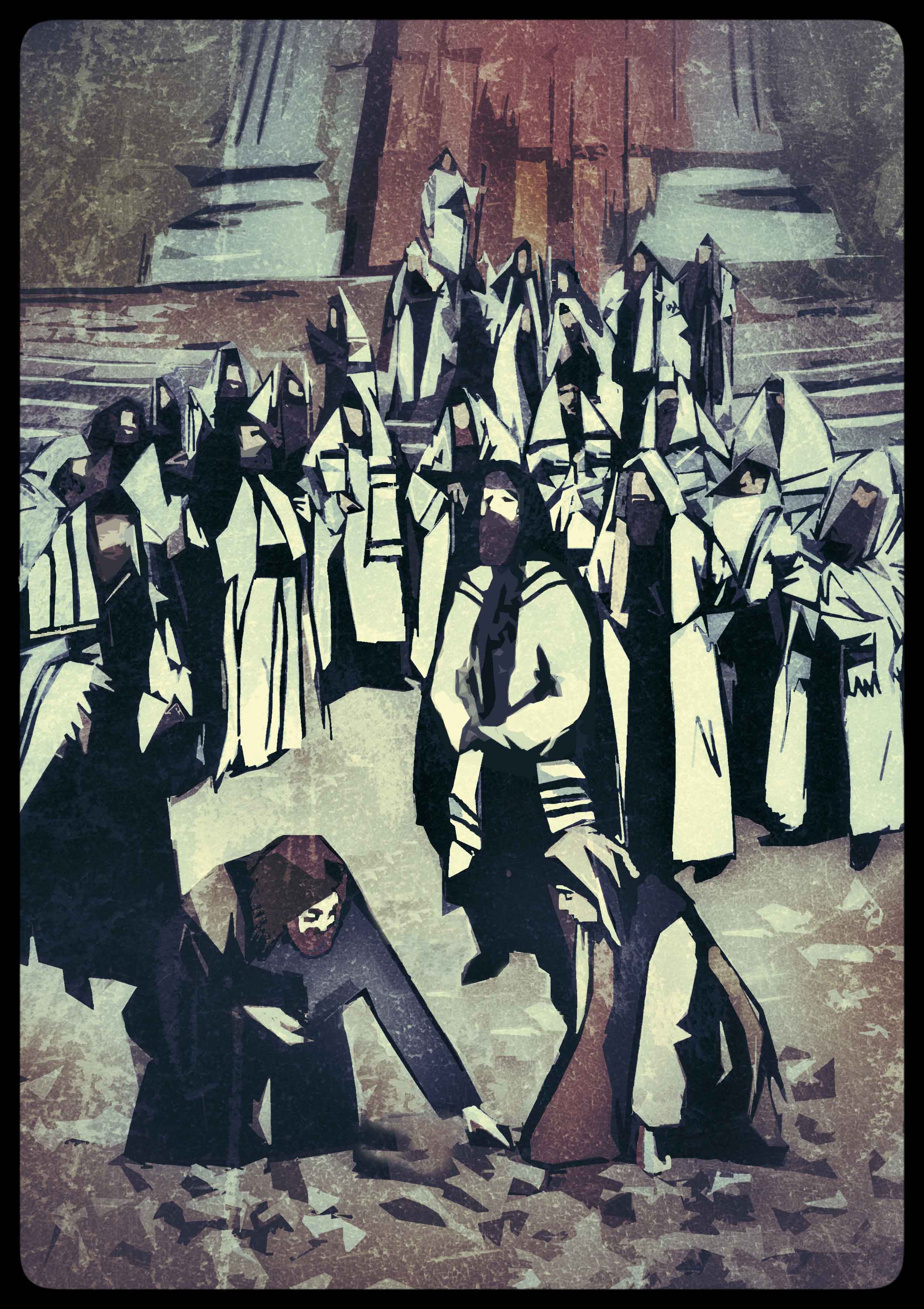 The Woman Caught in Adultery

Early next morning he returned to the Temple and the entire crowd came to him. So he sat down and began to teach them. But the scribes and Pharisees brought in to him a woman who had been caught in adultery. They made her stand in front, and then said to him, “Now, master, this woman has been caught in adultery, in the very act. According to the Law, Moses commanded us to stone such women to death. Now, what do you say about her?”

This is the second panel in the 2016 advent series and depicts my favourite gospel story, the woman caught in adultery. It’s a favourite of mine not least because it depicts Jesus writing (drawing?) It is a scene of such dramatic intensity, an extremely tense and dangerous situation that both Jesus, and the woman, were facing. Things were about to kick off and the mob was baying for blood. There are two other occasions in the bible when the finger was used as a writing tool. An understanding of both gives a deeper insight into the significance of this story

They said this to test him, so that they might have some good grounds for an accusation. But Jesus stooped down and began to write with his finger in the dust on the ground. But as they persisted in their questioning, he straightened himself up and said to them, “Let the one among you who has never sinned throw the first stone at her.” Then he stooped down again and continued writing with his finger on the ground. And when they heard what he said, they were convicted by their own consciences and went out, one by one, beginning with the eldest until they had all gone.

Jesus was left alone, with the woman still standing where they had put her. So he stood up and said to her, “Where are they all—did no one condemn you?”