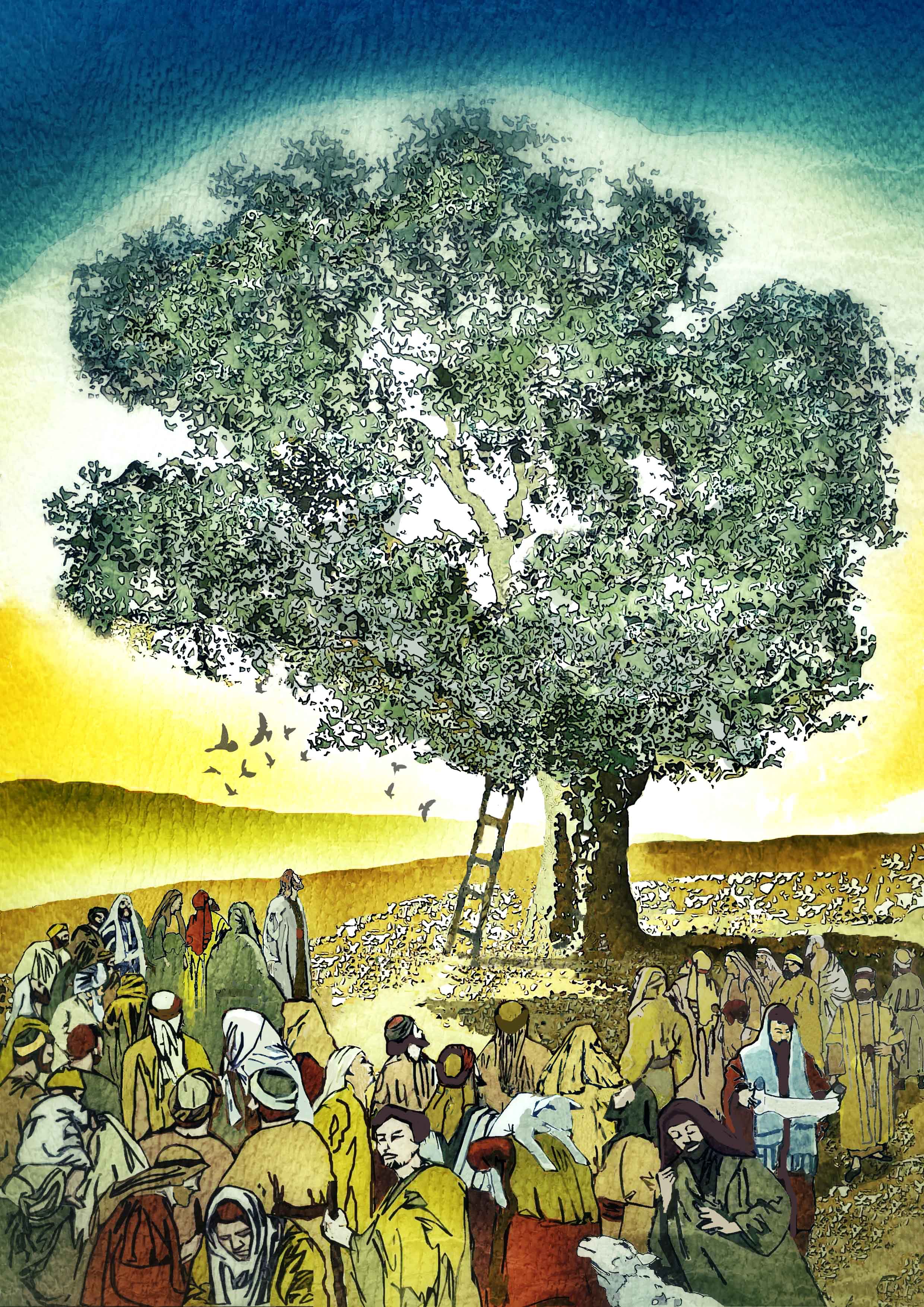 Luke 19:1-5. Then he went into Jericho and was making his way through it. And here we find a wealthy man called Zacchaeus, a chief collector of taxes, wanting to see what sort of person Jesus was. But the crowd prevented him from doing so, for he was very short. So he ran ahead and climbed up into a sycamore tree to get a view of Jesus as he was heading that way. When Jesus reached the spot, he looked up and saw the man and said, “Zacchaeus, hurry up and come down. I must be your guest today.”

6-7 So Zacchaeus hurriedly climbed down and gladly welcomed him. But the bystanders muttered their disapproval, saying, “Now he has gone to stay with a real sinner.”

8 But Zacchaeus himself stopped and said to the Lord, “Look, sir, I will give half my property to the poor. And if I have swindled anybody out of anything I will pay him back four times as much,”

9 Jesus said to him, “Salvation has come to this house today! Zacchaeus is a descendant of Abraham, and it was the lost the Son of Man came to seek—and to save.”

Typical! When all you wanted was a view, but you least wanted attention, and to have then taken steps to make sure you get the former and not the latter, only then to end up getting attended to very publicly. The story of the Zacheaus is the subject of the fourth panel. I felt I had to respect the man’s wishes and not include him directly in my interpretation
Illustration. Drawing, Photoshop, snapseed (iPad App)