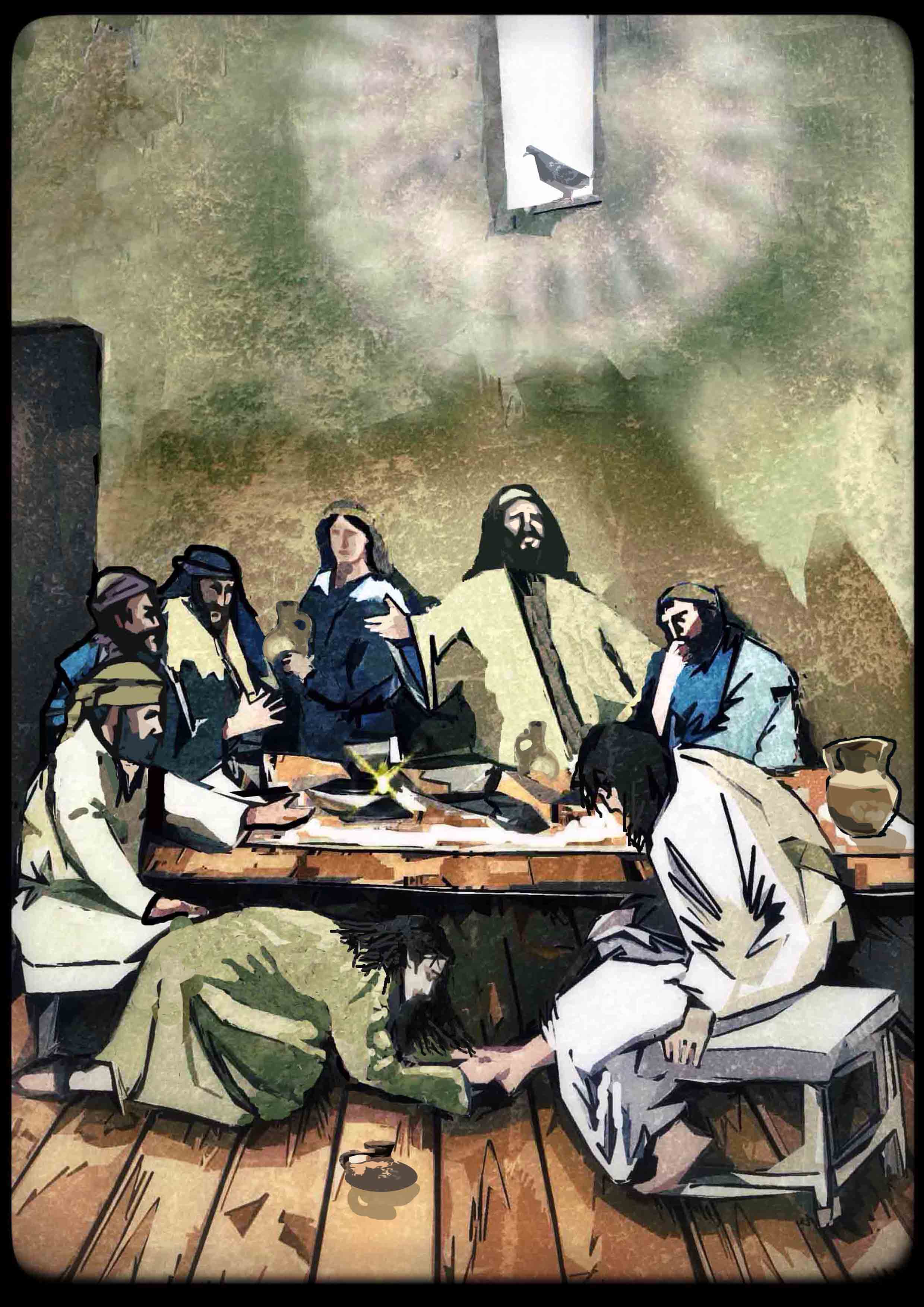 Six days before the Passover, Jesus went to Bethany, where Lazarus was, whom He had raised from the dead. 2 So they gave a supper for Him there. Martha was serving, and Lazarus was one of those reclining at the table with Him. 3 Then [a]Mary took a pound of very expensive perfume of pure [b]nard, and she poured it on Jesus’ feet and wiped His feet with her hair; and the house was filled with the fragrance of the perfume. 4 But Judas Iscariot, one of His disciples, the one who was going to betray Him, said, 5 “Why was this perfume not sold for [c]three hundred denarii and [the money] given to the poor?” 6 Now he said this, not because he cared about the poor [for he had never cared about them], but because he was a thief; and since he had the money box [serving as treasurer for the twelve disciples], he used to pilfer what was put into it. 7 So Jesus said, “Let her alone, so that she may keep [the rest of] it for the day of My burial. 8 You always have the poor with you, but you do not always have Me.”
Amplified Bible (AMP)

Fifth panel for the 2016 Nativity series, Mary anoints Jesus feet. This is my attempt to do a group of figures in a manner that, I hoped, might indicate a way forward for me stylistically and technically. I am in two minds about the success of it but it was the best I could do at the time.
Interesting story this. Incredible expression of love and generosity- the value of the perfume – pouring through the gaps in the floorboards or being soaked into the sand, was huge! The hypocritical response of Judas (total waste of money, what about the poor etc) was recorded but I bet most of the disciples had similar thoughts. So what’s the story for me ? I’m still thinking it through but I think it something to do with a persons potential actions being of far greater value/worth than the value/worth of any one transitory thing/object, which, after-all, is here today and gone tomorrow.