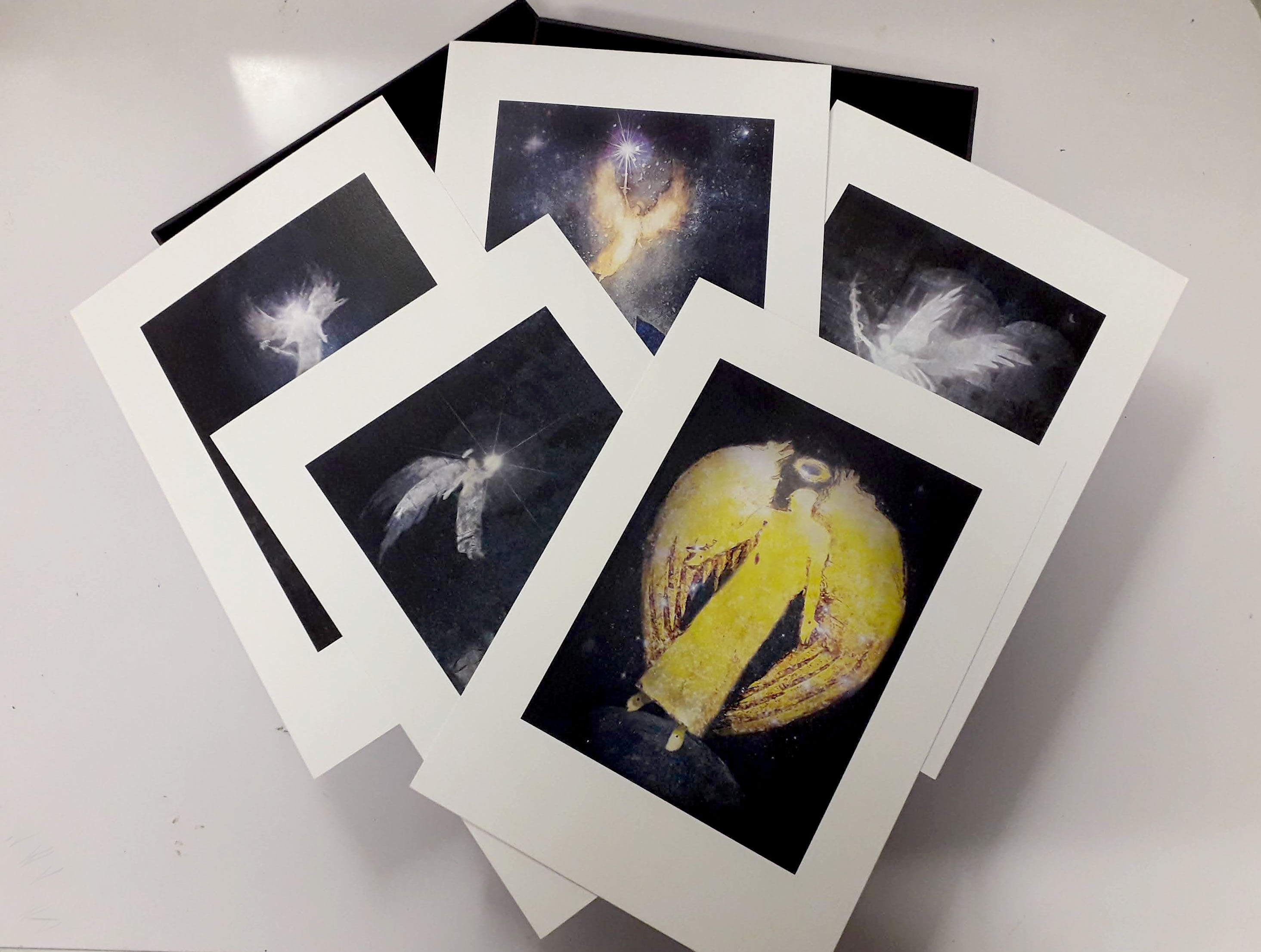 All images drawn in Charcoal and coloured in Photoshop.

In recent years I have been asked to complete 5 illustrations for each Sunday service in Advent at St Paul’s church in Cambridge. Each series illustrates a theme which the Rev, Michael Beckett then develops in his sermons. The illustrations are gift wrapped and the children in the congregation invited to unwrap them during the service. This year’s theme is the 5 ArchAngels, discussing each angel as a manifestation of God. The first is Gabriel whose name means ‘God is my strength”The illustration depicts the Annunciation with Gabriel holding a Lily traditional to this angel.

The third Advent Sunday & the third panel depicting the third archangel, Raphael whose name means, ‘It is God who heals’. It is Raphael who is traditionally associated with the healing waters at the Pool at Siloam, in John 5:4,

4TH Advent Panel. Archangel Michael or ‘One who is like God’I Made Michael a goldish colour, as befitting ‘One who is like God’ and he has a sword as usually depicted with this angel. The flags and people represent the gathered nations of the earth. Michael is usually depicted in battle or slaying a dragon- as much as this symbolism intrigues me I did not want to go down a martial route or explore the traditional mythos. Rather I wanted to depict him like Christ- in his Glory and might but drawing all the nations to himself.

The 5th panel for Christmas day- archangel Emmanuel. Emmanuel, ‘God with us’. From Isaiah 9:6-7. my take on this was to envisage an image of the crucified, risen, glorified Christ. Emmanuel, he who holds all things together and through whom all things came into being.