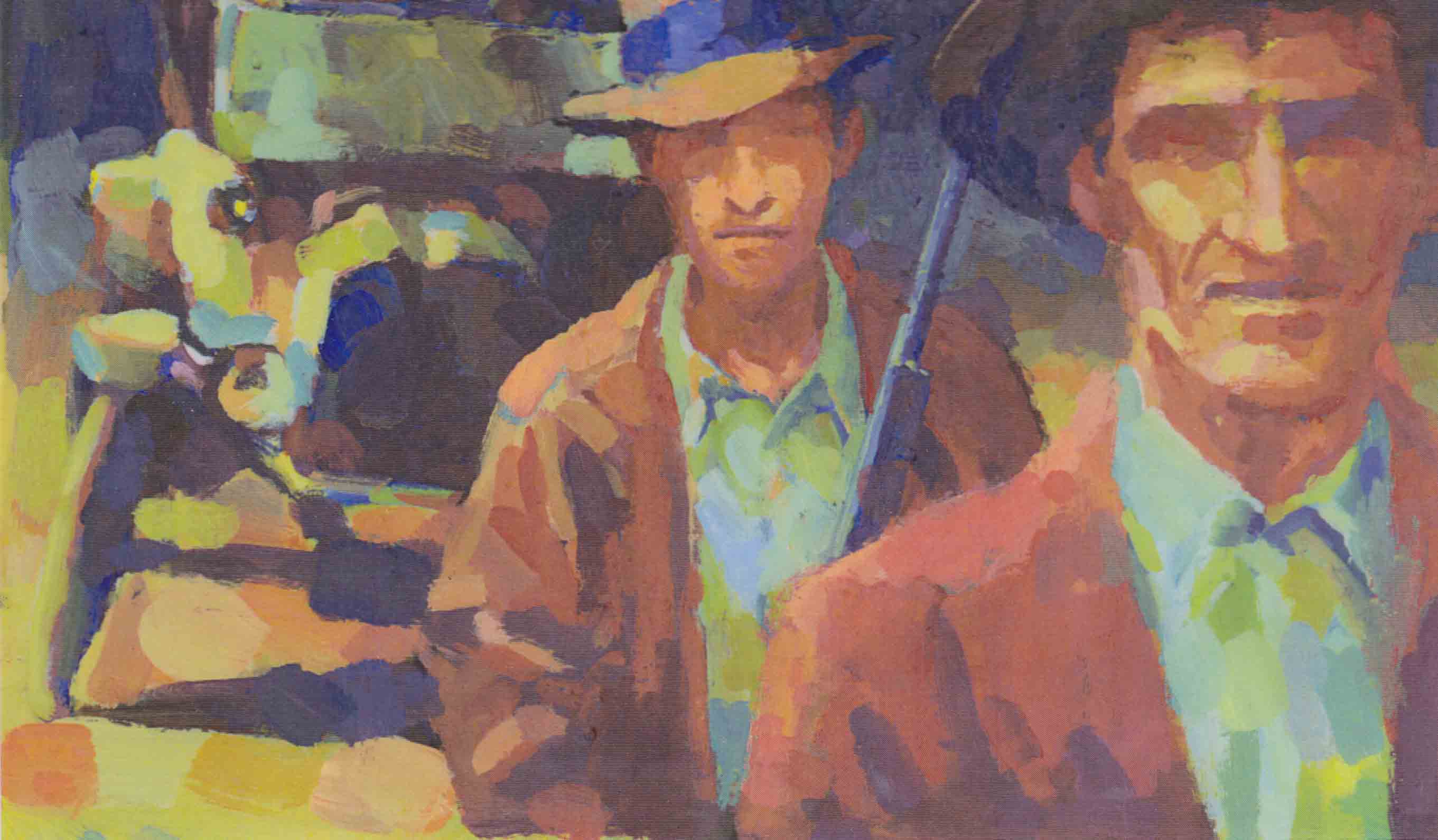 “You know what we want,”

We were turning to leave and saw four cars moving slowly in line stop in front of the jail. Atticus seemed to have been expecting them. In ones and twos, men got out of the cars. Atticus remained where he was. The men hid from view. “He in there, Mr. Finch?” a man said. “He is,” we heard Atticus answer, “and he’s asleep. Don’t wake him up.” The men talked in near whispers. “You know what we want,” another man said. “Get aside from the door, Mr. Finch.”
“You can turn around and go home again, Walter,” Atticus said pleasantly.