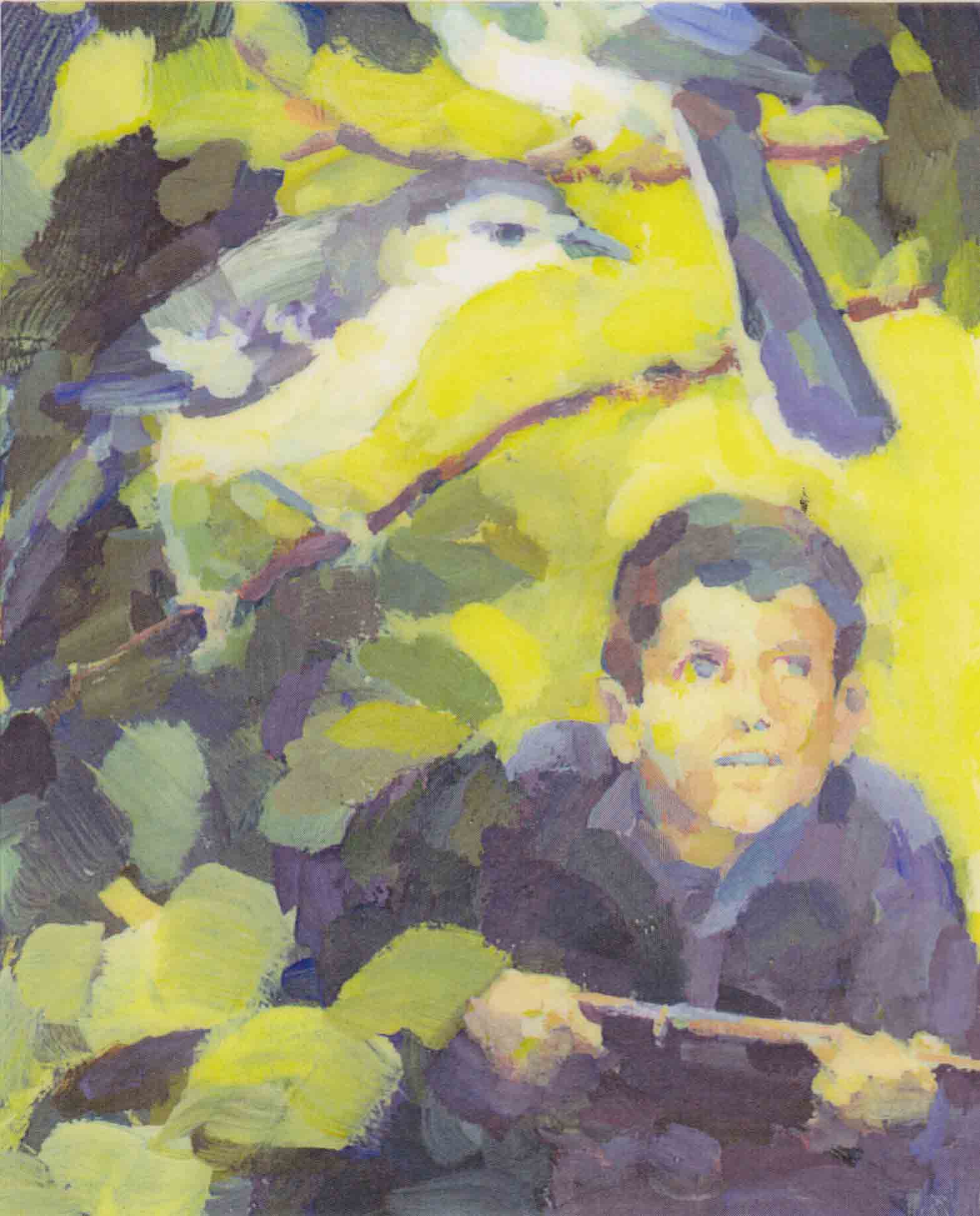 “It’s a sin to kill a Mockingbird.”

Atticus was old and feeble: he was nearly fifty. Jem and I were disappointed that he
wasn’t more like the younger fathers in Maycomb. Atticus was always too tired to play football with Jem like the other dads. He wore glasses because he was nearly blind in his left eye.
When he gave us our air rifles Atticus wouldn’t teach us to shoot. Uncle Jack taught us and explained that Atticus wasn’t interested in guns. Atticus said to Jem one day, “I ’d rather you shot at tin cans in the backyard, but I know you’ll go after birds. Shoot all the bluejays you want, if you can hit ‘em, but remember it’s a sin to kill a Mockingbird.”