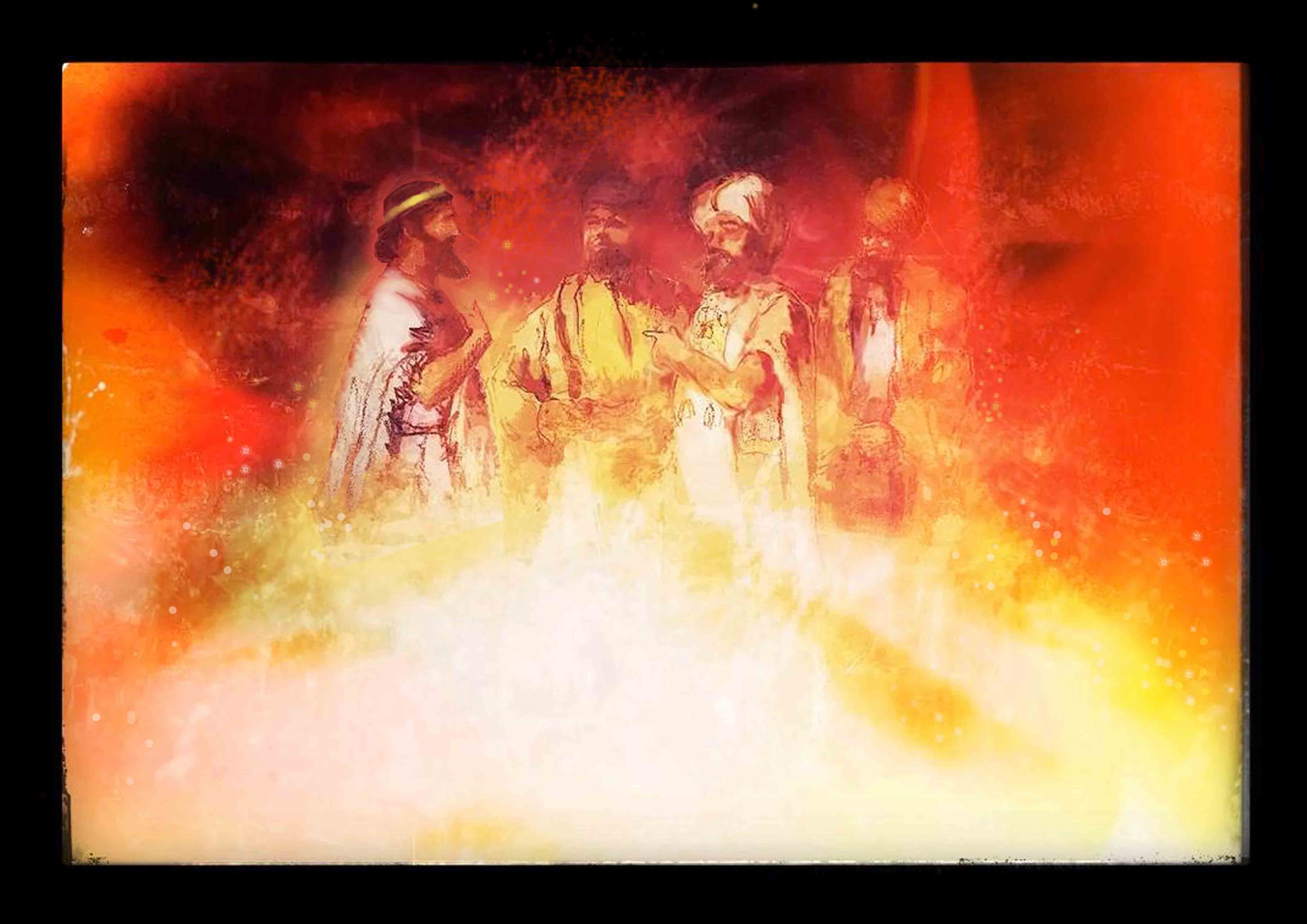 Daniel 3:19 Then Nebuchadnezzar was furious with Shadrach, Meshach, and Abednego, and his attitude toward them changed. He ordered the furnace heated seven times hotter than usual 20 and commanded some of the strongest soldiers in his army to tie up Shadrach, Meshach and Abednego and throw them into the blazing furnace.21 So these men, wearing their robes, trousers, turbans and other clothes, were bound and thrown into the blazing furnace. 22 The king’s command was so urgent and the furnace so hot that the flames of the fire killed the soldiers who took up Shadrach, Meshach and Abednego, 23 and these three men, firmly tied, fell into the blazing furnace.24 Then King Nebuchadnezzar leaped to his feet in amazement and asked his advisers, “Weren’t there three men that we tied up and threw into the fire?” They replied, “Certainly, Your Majesty.” 25 He said, “Look! I see four men walking around in the fire, unbound and unharmed, and the fourth looks like a son of the gods.”
Revelation 20:11-15

The Dead Are Judged

11 Then I saw a great white throne and the one who sat on it; the earth and the heaven fled from his presence, and no place was found for them. 12And I saw the dead, great and small, standing before the throne, and books were opened. Also, another book was opened, the book of life. And the dead were judged according to their works, as recorded in the books. 13And the sea gave up the dead that were in it, Death and Hades gave up the dead that were in them, and all were judged according to what they had done. 14Then Death and Hades were thrown into the lake of fire. This is the second death, the lake of fire; 15and anyone whose name was not found written in the book of life was thrown into the lake of fire.