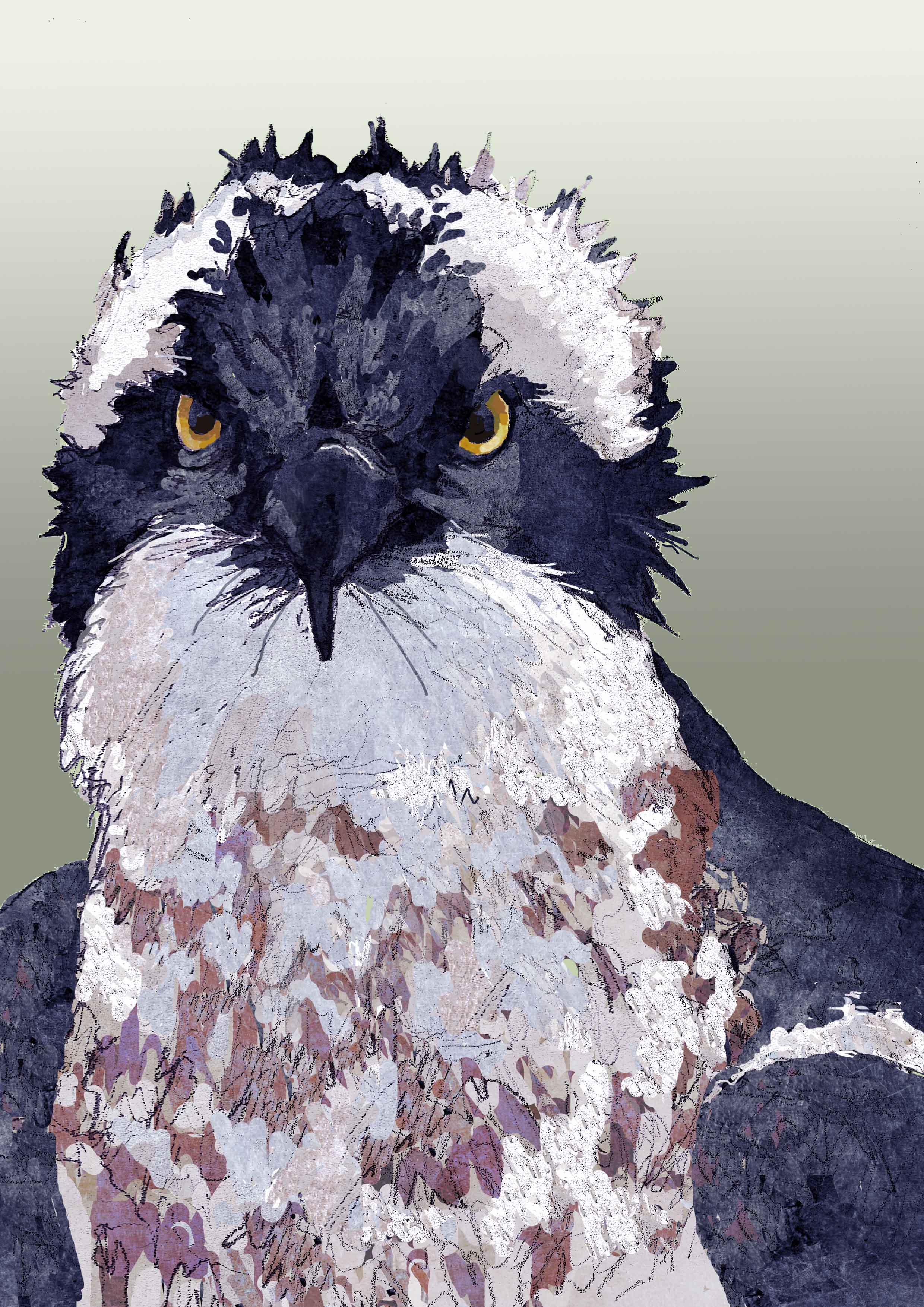 In the family that forms the group we refer to as birds of prey Ospreys form a tribe entirely on their own. They are dedicated fish eaters and have developed distinctive physical characteristics in order to be so. The Osprey’s legs and feet are unlike any other bird of prey, their legs are heavily muscled and they posses short thighs. Their lower legs and feet are covered in short scales and they have four equal length toes one of which is capable of facing backwards with each toe armed with razor sharp, fish hook, shaped talons. The bottom of their feet are textured like sandpaper and are very rough to touch. All of these adaptations are designed to allow the Osprey to grasp and hold onto fish. At times the fish caught is of equal weight to the Osprey so a tussel underwater ensures before the fish eventually exhausts itself and the Osprey can take off. However it has been known for weakened, old or sick birds to be dragged to the water’s bottom by stronger fish (fish dive when threatened) because the Osprey’s feet adaptation means it is unable to release its catch. If the hunt is successful the Osprey will take to the air using thier wings which have developed so as to allow the bird to take off from the water with relative ease.

They catch fish by diving from above with wings swept back and claws lunging forward. In some instances they begin their descent from over 100 feet up and at times will enter the water becoming fully submerged as they attempt to grasp hold of fish 3-4 feet below the surface. Adults are successful about once every four dives, with juveniles the success rate is far less. When they take off they always manouver the fish so its head faces the direction of flight, reducing the drag, making it more aerodynamic and easier to carry. For this it uses its reversible toe.

Ospreys are migratory birds spending the winter in West Africa a journey of around 5000 miles before returning to the UK around Easter (March & April). Osprey mate for life and they can live beyond 20 years. When they do return to breed they return to the same nest and it has been recorded that some ancestoral nest were hundreds of years old.

A familiar story by now, the Osprey was persecuted to almost extinction in the United Kingdom by the begining of the 20th century and only began to return to Scotland in the 1950’s where their location was guarded and kept secret for fear of harassment and the rapaciousness of egg collectors. Their return to England is the result of extensive reintroductions by the RSPB. There are now successful breeding colonies in the Lake District and further south at Rutland water. Current UK numbers are around 240 breeding pairs certainly a thing to celebrate but still making it less populous than the Golden Eagle.

I have had the privelidge of watching Ospreys nest building from my vantage point on a boat in the middle of Esthwaite water in the lake district. Osprey have only been nesting their since 2010 and began breeding successfully in 2011. It was a very cold April day as I watched them gather sticks to reconstruct their nests in preperation for egg laying. There is something thrilling about watching birds of prey in flight and esspecially the Osprey they just have an extraordinary prescence about them.