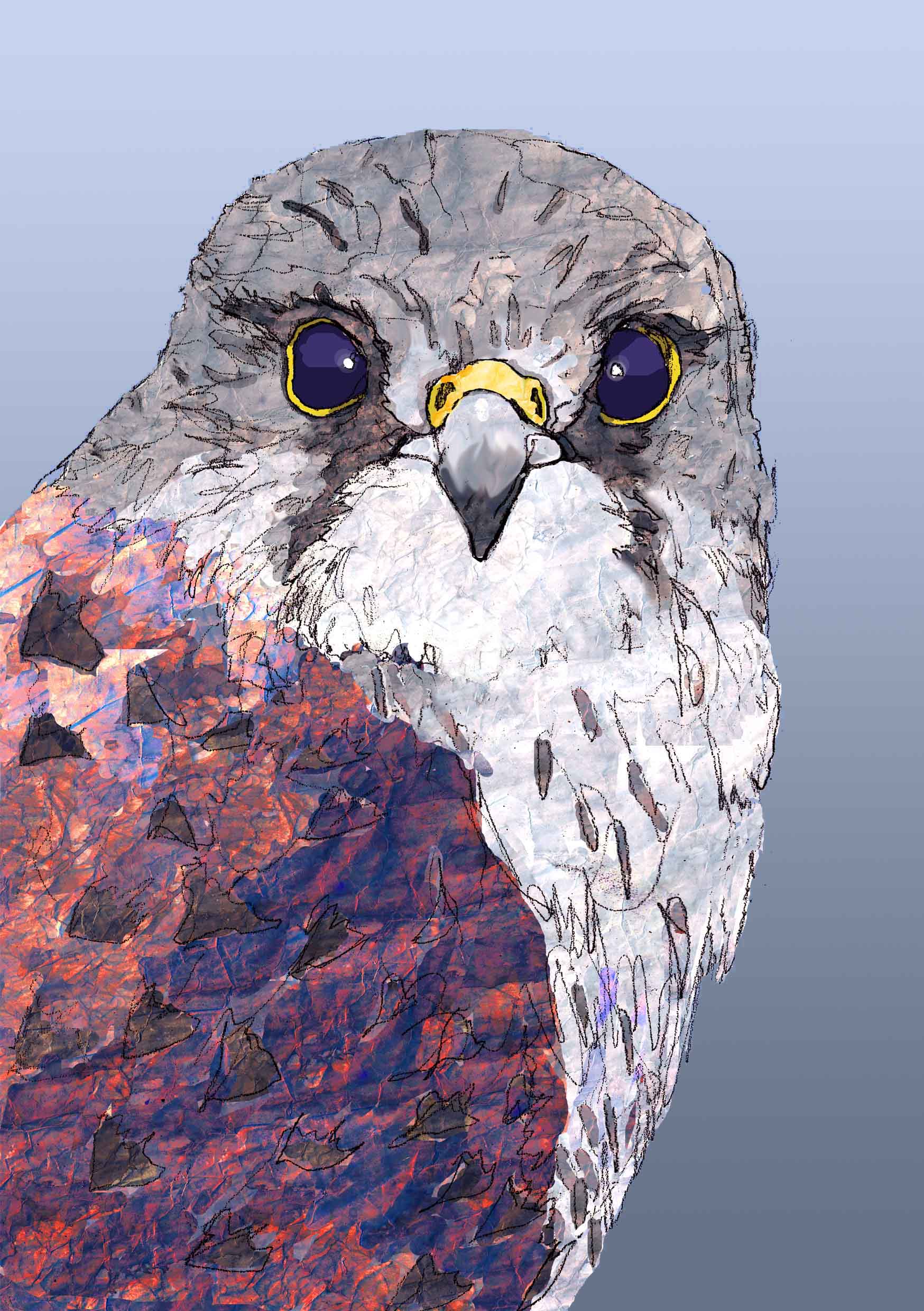 The Windhover
By Gerard Manley Hopkins

To Christ our Lord

I caught this morning morning’s minion, king-
dom of daylight’s dauphin, dapple-dawn-drawn Falcon, in his riding
Of the rolling level underneath him steady air, and striding
High there, how he rung upon the rein of a wimpling wing
In his ecstasy! then off, off forth on swing,

So wrote Gerald Manly Hopkins of the Kestrel in his poem The Windhover inspired by his witness of a Kestrel, one morning, while on a walk. Hopkins was a Catholic priest and mystic and for him , as the subject of his poem, this fine bird was a symbol of Christ. This poem was a particular favourite of mine in the days when I was an art student.

When I was a boy the Kestrel was the only bird of prey I was ever likely to see. Decades of persecution, poisoning and loss of habit decimated many of Britain’s Hawks, Falcons and other birds of prey. The Kestrel however remained a regular sight hovering above fields, road verges and motorways as it hunted for insects, voles and other rodents.

It was then the most populous hawk in the UK. Ironic then that, currently, as the various raptor populations recover; thanks to reintroductions, legal protection and better management of habitats, the Kestrel population has gone into sharp decline, a population loss of some 20% possibly due, in part, as a consequence of competition for food from other, now more numurous raptors species.

It still remains the most easily recognisable of birds with its trademark hover responsible for it being given its traditional country name of Windhover hence the title of Hopkins poem. I love seeing them when out and about in the car or running. Occasional cycling trips through the country from Cambridge to Ely always provide one or two sightings with them often spied on top of telephone poles a cost effective way for them to look out for food when it is scarce. They only tend to hover if it is abundant and they can afford to expend the energy.

One remaining interesting fact, the kestrel has exceptional eyesight and (like other birds of prey) is able to see near Ultra Violet light. It’s main prey the vole’s urine shows up under ultra violet light conditions in sunshine and the Kestrel is able to see the trails it produces as it hovers searching for food.